You know what’s neat about Steam Early Access? Players really can engage in an open dialogue with developers—watching games grow and change, and often influencing that progress. It’s like Minecraft in the old days. Games as spaces of open possibility. Game development as a visible, comprehensible, demystified process. Game developers as responsive humans rather than enigmatic demigods. All that.

So on that note, I’ve been messing around with the Early Access alpha version of Secrets of Rætikon, Broken Rules’ new hold-Alt-and-enter-145-to-type-it-prpoerly game of exploration, flight, and getting torn to shreds by buzzards and foxes—and when I reached out to one of the game’s developers to discuss what’s left to be done, he cheerfully offered me a quick, candid email interview. 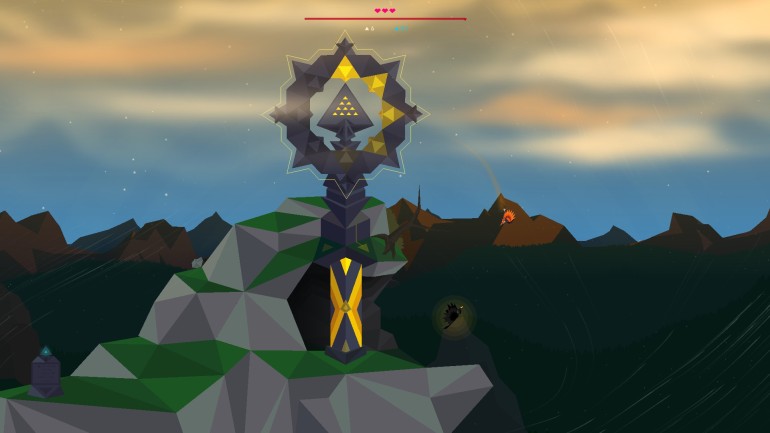 Drew M-M: What do you still plan to add to the game’s ecosystem? Is there a particular place in that ecosystem, or on the food chain, to which players should feel like they belong?

Martin Pichlmair: The current ecosystem consist[s] of predators and prey. There are hunters like the buzzards that will attack you while other animals like the robins will ignore you or even flee from you. We have many plans for making the ecosystem even more nuanced and adding new animals but it all depends on the success of the Early Access launch.

DMM: When the player dies, they lose their resources and have to go and recover them. It’s sort of like losing your rings in a Sonic game, but by way of Dark Souls. What was the thinking behind that mechanic?

MP: The ruthlessness of nature was one of our three main inspirations for the gameplay. We’ve tested permadeath as well as a totally forgiving checkpoint system and settled on something in-between. Me, I’m a huge Dark Souls fan (actually a Demon’s Souls veteran) but Peter, who proposed the current system, actually never played Dark Souls.

DMM: The flying in Secrets of Rætikon feels pretty different from the flying in Chasing Aurora. Can you talk at all about what tweaks or changes you made from one game to the next?

MP: We’ve changed the flight physics quite a lot since Chasing Aurora. The main goal was to make flying easier. In Chasing Aurora we thought it was clever to teach the player how to fly by punishing bad flight. This time we just want to reward everyone who flies elegantly. Also, the higher processing power of PCs [as opposed to the Wii U] allows finer tuned physics simulation. We’ve invested a lot of time into the flight model and we’re still learning how to make it perfect. I think we’re getting there, though.