After a long period of semi-private gestation, roguelike-alike/rhythm game mashup Crypt of the Necrodancer is about to enter a period of mostly-public gestation on Steam Early Access. Leading up to the June 30 launch date, the developers are putting on a Twitch-streamed “NecroThon” for charity, and thereby also offering you—yes, you!—the chance to see monsters being slain to the beat, and to see whether the game looks like your kind of thing.

It’s definitely my kind of thing, as I said back when I got to play an early build. The game has come a long way since then. There’s a solid tutorial, and lots more NPCs to rescue, and many more items, and all that.

But more to the point, the shopkeepers will now sing to you in an autotune-modulated operatic tenor while you browse for torches and broadswords.

I’m not made of stone. 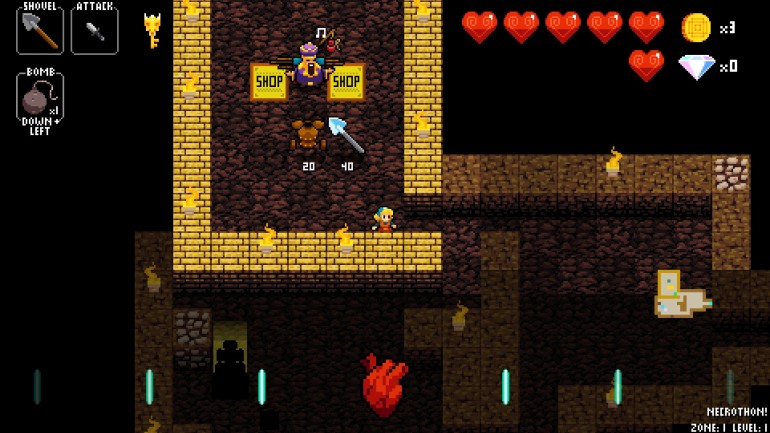 Tags: Crypt of the Necrodancer