When my narrators/advisers in MASSIVE CHALICE told me that that process of ridding the world of evil would take a long time: Sure, I thought, this will be a grand scale videogame campaign. It will take quite a few play sessions.

But “no,” they insisted, “a really long time.” As in, a lot of diegetic, in-game time. As in, many lifetimes for the characters in the game. 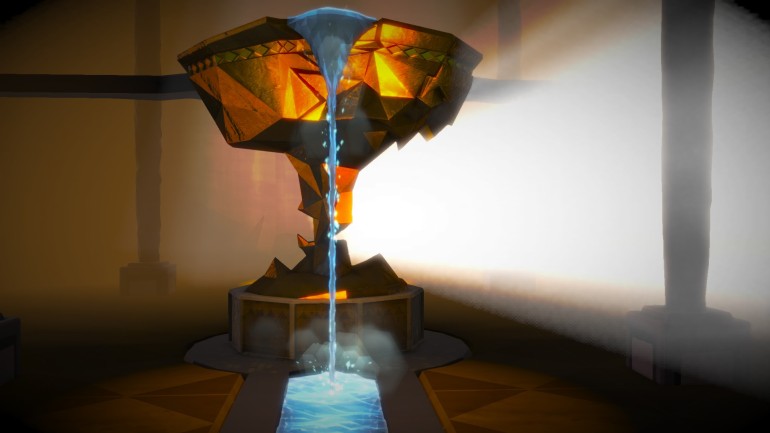 Alec Meer may have been spot-on when he referred to MASSIVE CHALICE as “SEXCOM.” You know how you can get obsessive about keeping your units alive in, say, XCOM: Enemy Unknown? Well, says Meer, “in Massive Chalice, there is no escaping death,” because it’s a foregone conclusion that the conflict at hand will outlast the people currently in play, many times over.

The central conceit is that all of the characters you can use in battle can also form Houses and have children—and that making a given unit the Regent of a Keep (or the Regent’s partner) takes that unit out of the combat rotation.

This is not remotely the first game to tell a story over multiple in-game generations. But whereas Fire Emblem: Awakening lets me fight alongside my alternate timeline future-daughter (to cite one delightfully bonkers example), MASSIVE CHALICE observes a brutally linear timeline. These people will die. It’s just a question of where and when and how, and of what they’ll leave behind. It’s a story told beyond human scale, or beyond the scale on any one human.

Characters pass their traits on to their children—and these traits are varied and unpredictable, à la Crusader Kings II—and so an endlessly nerve-wracking balancing act ensues: I want these characters to become great, and to do great deeds, but I’m ultimately more interested in their legacies. A single life is the blink of an eye to me, the immortal unseen demigod commanding the action. 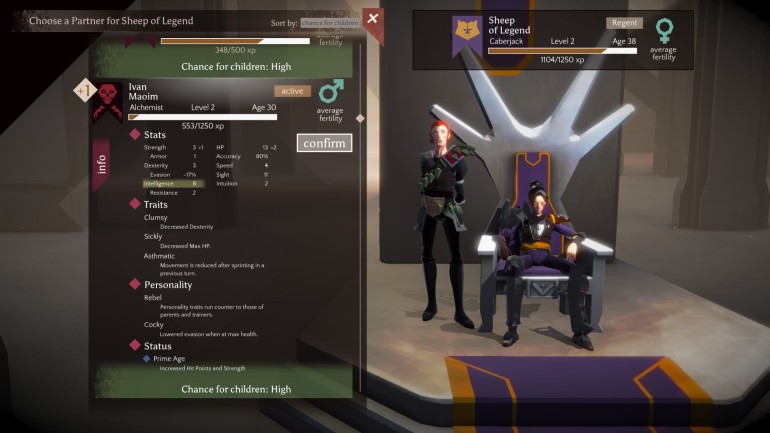 I should offer the increasingly customary disclaimer that MASSIVE CHALICE is currently in Steam Early Access—a process that has sometimes gone swimmingly for DoubleFine, sometimes less so. And yes, MASSIVE CHALICE has a ways to go in terms of balance, polish, and breadth. The combat doesn’t feel as honed or fair as it should (too much poking around for potential points of ambush, too little genuine planning ahead) and the world-building is currently pretty threadbare.

But I’m not there for the overarching story, or even necessarily the monster-biffing, is the thing. As with Crusader Kings II, I’m there for the myriad procedurally generated family dramas, for the unlikely romantic matches that have far-reaching political consequences, for the leaders who aren’t equal to the task before them (through no fault of their own) and the unlikely allies who carry them through (thrillingly, against all odds) to ripe old ages and/or heroic deaths.

That’s one other problem, currently: The pace of the game, and the fact that each character’s life takes up so little game-time, means that there’s relatively little room for anybody to emerge as a strong personality or an historical force. This works fine as a meta-commentary on the limited efficacy of individuals (yes, even highly exalted or exceptionally talented individuals), but I do hope that the game makes some additional space for diplomacy, intrigue, and interpersonal drama.

If MASSIVE CHALICE ends up being a simpler XCOM crossed with a simpler Crusader Kings II (or else DoubleFine Presents: Kinda-Sorta Fire Emblem!), then it will be a valuable, compelling oddity. But I’m shooting for it to reach its full potential, expound on the strengths of its inspirations, and squeeze more life into its heroes’ brief lives. Then it would be the game that it so clearly can be.