Dan Teasdale stops by to talk about Roundabout, the debut game from his newly-founded two-person indie studio No Goblin. We discuss the game (which is awfully good), his previous work on Destroy All Humans! and the Rock Band series, and why we both love The Jackbox Party Pack.

And yes, he does divulge the origins of the name “No Goblin.” I then proceed to get kind of obsessed with Dan’s colloquial use for the word “goblin.”

Sorry again if that got weird for you, Dan. 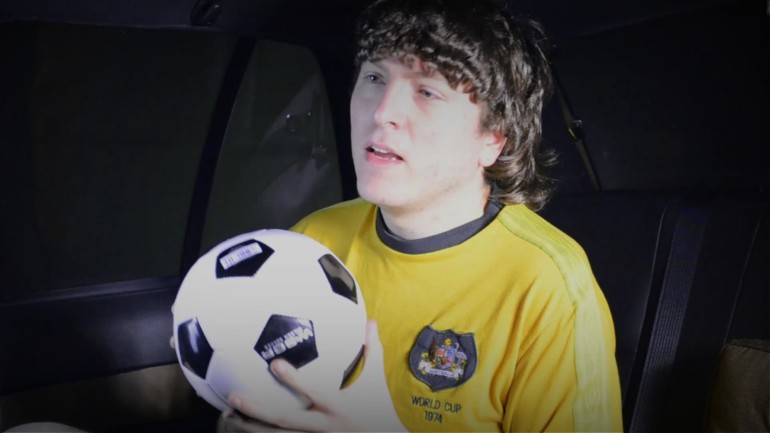 Roundabout is a game about driving an ever-revolving stretch limousine through an open urban/suburban landscape—an activity that is amusing as hell to learn, remarkably satisfying to master, and physically nonsensical in the videogamiest of ways—with a sweeping story in the style of Behind the Music, told through purposefully dodgy full motion video.

There’s really nothing at all like Roundabout, in other words. It’s funny, heartfelt, genuinely original, and audaciously weird. Count me all the way in.

• I hunted down a (definitely totally not emulated) copy of Kuru Kuru Kururin, and just as Dan says, it’s exacting beyond all reason. Like, seriously.