I always play Pokémon Go in cabs these days. It’s not designed to be played in a car that’s moving at speed, but city traffic is another matter. As pokéstops drift by, my pockets fill with pokéballs and pótionš. Sometimes I can catch a creature or two. Sometimes I even have time to battle at a gym, or at least to assign a member of my team to a gym with an open slot, before rolling out of range.

It was only in the most recent update that the game got wise to my shenanigans and made me tap this:

When Niantic removed the old, now-replaced tracking feature from the game, my honest-to-Mew first reaction was “Oh yeah, this game had a tracking feature, huh?” I’ve still never walked more than ten yards out of my way in pursuit of a specific pokémon. I pop open the app when I’m walking form place to place, and I let it run in slow-moving vehicles, and that’s that. Wild whatevers appear, eggs hatch, and I find what I find.

The word for how I play this game, if it were just about any game other than this one, would be casually. I’ve done a little pidgey stacking, sure, but so I can’t be bothered to optimize my play or to participate in a single community pokéwalk.

And my approach only works, when it works, because I travel a whole lot. The main thing I wish the game had, besides trading, is a little more fanfare around where you caught which monster. OK, I mostly catch zubats, but this one specific zubat I first saw hovering above my carne asada fries last time I was in San Diego. Ah, memories.

Or maybe an overlay for Actual Google Maps so that I can see where I’m going and catch creatures while I’m going there, or hell, any way at all to hatch eggs without keeping the app open and the screen on at all times. For us casuals, some FitBit integration wouldn’t go amiss.

If I’m honest, I can’t be bothered to learn how the new version of the tracking feature works, because it just doesn’t matter to me. Just like the battery-scarfing, freezy, crashy nature of the app only kind of matters to anybody, and how the bad UI and worse conveyance, likewise, can be worse in theory than in practice. 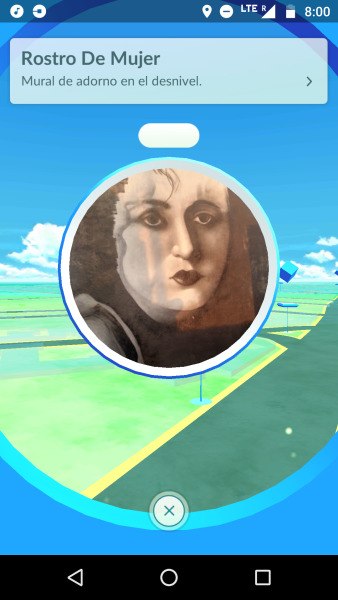 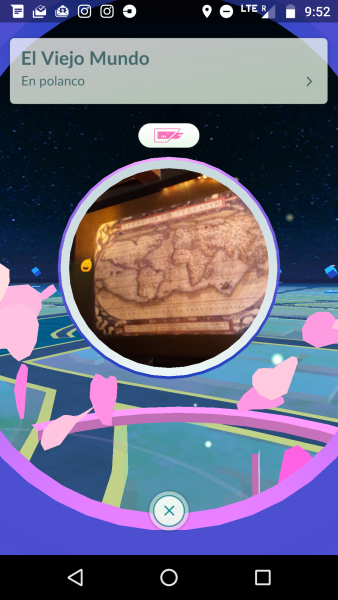 But anyway, for now I’m in Mexico City, spinning the panels on pokéstops, a lot of which are murals for some reason. That’s a cool mural, I find myself thinking, and that one, too.

It occurs to me all of a sudden that I haven’t been looking up from my phone to, you know, see the murals, which is absurd. The traffic provides me ample time to enjoy the art, so I start doing so—and this of course is when I notice that, just like back home in Brooklyn, a lot of the pokéstop namesake murals aren’t actually there anymore. They’re landmarks lost to time, if you want to be romantic about it (or they’re stale data, if you don’t).

I decide to put the game away for a while and enjoy the scenery, The Beatles record that I haven’t heard the whole way through in years, the rain that’s just now starting to fall. But the oddness of that moment stays with me. Ian Bogost, paraphrasing Jane McGonigal, pointed out that Alternate Reality Games aren’t an alternative to reality—as in, escapism, disembodiment, Lawnmower Man—but rather a way of rapidly alternating between realities, the fake world of pokégrinding meeting the real world of me in this cab meeting the real world of this neighborhood back when there were different murals on the walls.

That, as Devin Feraci has pointed out, is the real promise of Augmented Reality, too: “it recontextualizes the real world,” and the fake worlds that we layer on top of it, and the remnants of half-disappeared worlds both real and fake.

Nothing that’s supposed to matter, game-design-wise, matters in Pokémon Go. Niantic seems as bewildered as anyone, and as unsure of where it could or should go next—as evidenced by their launching without a community manager, and nerfing Vaporeon before implementing a trade system or making the tracking system work.

It’s not that hard to understand people’s love for Pokémon Go, though. People love Pokémon Go for letting them alternate among realities, sort of at will but also sort of at random. It’s novel enough, and also delicate enough, that it’s hard to look away. It’s potent because it’s Pokémon, sure, and also because it’s reached a critical mass—that chicken-and-egg zeitgeist loop where everyone’s playing it so everyone has to play it so everyone plays it.

But Pokémon Go is also potent specifically because it’s a bit of a mess. It crackles and clips into my day without being vivid or whole enough to engulf me. It’s a frayed, shaggy experience that makes my time in transit a little shaggier and my reality a little more frayed. For something so broken, it’s astoundingly easy to love.