So Donald Trump won the presidential election. As you’ve probably heard, his opponent got more votes, but he won in the Electoral College—an indirect system that, yes, originally had a lot to do with the Three-Fifths Compromise.

Fair or not, does that matter, in practical terms? The answer is probably not, but maybe so, and I’d like to explain why that is. There is still one legal way to keep Donald Trump from becoming president, and it would involve the Electoral College. That fact is unseemly. But on the other hand, the Electoral College is the only reason he won. So the unseemliness might be a wash.

Still, I hesitate to lay out the argument, not because it’s unseemly but because it could be destabilizing. Cards on the table, I’m advocating overturning the results of a presidential election, and I’m doing so because I don’t want Donald Trump and Mike Pence to do the immoral things they’ve said they’re going to do.

But the thing is, Trump has already been packing his transition team with the beltway regulars he promised to supplant, already back-peddling on repealing the Affordable Care Act, and already showing little or no interest in, like, being president. If you don’t want Trump and Pence to do what they’ve promised, then you have an interest in trying to stop them. But if you do want them to do those things, then I would only ask that you be honest with yourself about how disingenuous and self-interested this administration-to-be already seems.

If nothing in Trump’s campaign was a deal-breaker for you, then again, cards on the table, that scares the hell out of me. But at this point, I’m not trying to talk you out of that. I’m simply arguing that regardless, it’s in everyone’s interests, including yours, to stop this trainwreck-in-progress, even if that means denying Trump the full benefit of the electoral system he’s been actively trying to undermine.

If I’m being absolutely honest with myself, then, my worries about destabilization have nothing to do with being unfair to your average Trump voter, and everything to do with seeing the violence that’s already begun, and not wanting it to escalate. Which means, at bottom, what I’m worried about is making white supremacists and literal fucking Nazis angry. And here’s the thing: The current incarnation of the Electoral College isn’t an essential component our democracy.

But refusing to be intimidated by Nazis kind of is.

So first, a quick history lesson. 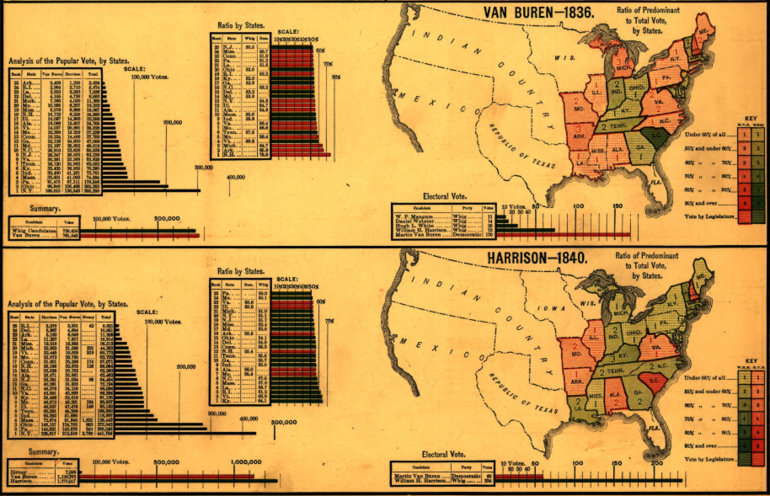 One consequence of the Electoral College is that we’ve had numerous presidents who won election without winning an absolute majority of the popular vote—and a few who didn’t even win a plurality, as was the case with George W. Bush in 2000 (though that one got so messy that the Supreme Court ended up calling it), and (way) before that, Benjamin Harrison, Rutherford B. Hayes, and John Quincy Adams.

The other thing about the Electoral College is that it’s not just a goofy scoring system, but also an actual “college” that assembles between Election Day and Inauguration Day to make the already-accepted results official. That’s how it works now, anyway. Electors’ votes are generally considered a rubber stamp, rather than a step in the process whereby the results of the election might actually be changed.

That’s largely because the very existence of the Electoral College makes us uncomfortable, and we like to ignore its existence as much as we can. Every four years, we talk about getting rid of it—but as that would require a constitutional amendment, more realistic attempts at reform involve individual states pledging their electoral votes to whichever candidate wins the national popular vote.

That would rely on what are usually called “faithless electors,” a general term for any elector who refuses the rubber stamp and doesn’t cast their vote the way their state’s system says they should. Faithless electors are usually explicitly protesting the winning candidate, as Lloyd W. Bailey was when he cast his electoral vote for George Wallace rather than Richard Nixon in 1968. Often they’re protesting the Electoral College itself, as Margarette Leach was when she cast her presidential vote for the Democratic Party’s vice-presidential candidate, and vice-versa, in 1988.

Sometimes faithless electors might be not so much faithless as merely confused. There was, for example, an anonymous elector from Minnesota who did the president/vice-president flip thing in 2004, but who misspelled the the vice-presidential candidate’s name: John Ewards.

A few times, we’ve seen considerably larger blocks of faithless electors. In 1832, all 30 electors from Pennsylvania cast their votes for William Wilkins instead of Martin van Buren. In 1872, losing candidate Horace “Go West, Young Man” Greeley died before the electoral vote, so 62 of his 66 pledged electors cast their votes elsewhere. In 1836, Electoral College motherfuekry actually changed the outcome of the vice-presidential election (which used to be separate). But it has yet to change the outcome of a presidential election.

Some states have laws (which have yet to be enforced) against faithless electors, but most do not. Here, then, are the states currently pledged to Donald Trump wherein electors could instead cast their votes for Hillary Clinton with no legal repercussions, along with the numbers of electors there:

There are two important things to notice about this list. First, these are not all traditional “swing states.” There’s another bizarre and unfair consequence of the Electoral College, namely that presidential candidates have little or no incentive to give any portion of a fuck about most of the country. Here, some states that are rarely even acknowledged during the election have the chance to change its outcome.

Second, yes, there are enough electoral votes in play to change the results of the presidential election via electors for the first time in the history of the United States of America. Even if Donald Trump wins the two states that have yet to be called (Michigan and New Hampshire), moving 42 electoral votes from Trump to Clinton would still put her above the 270-vote electoral threshold needed to win, and him below it. Pennsylvania and Texas could do this on their own, but again, so could a coalition of other, oft-ignored states, or even a cross-state coalition from all over.

Now, again, we’re talking about overturning a result that, under the current system, is valid. In the abstract, I hate that idea.

But if Trump and Pence do even one quarter of the things they’ve said they’ll do—unleashing the legal system on reporters they don’t like, jailing political rivals, engaging in mass deportations, banning Muslims from entering the country—and if Trump keeps resembling a tinhorn dictator—appointing his family to posts on his staff while they’re also running his businesses, say—then that will be a far worse destabilizing force, not to mention an unmitigated disaster for millions and millions of Americans, and a bitter pill for those who earnestly expected better of Trump.

I’m not optimistic about this plan, which may in the end be nothing more than a history nerd’s form of denial. I’m not sure that Hillary Clinton would be up for this fight, for one thing, nor it is easy to reach or convince electors. But if an antiquated and overcomplicated system can give us Donald Trump as our president-elect, then it’s worth noting how that very same system could, in fact, correct the mistake.