Gabby DaRienzo stops by to talk about her work as one half of the core Laundry Bear Games team, from A Mortician’s Tale (and Tracktoons) to their still-in-its-early-days next project—as well as her excellent, now-concluded podcast Play Dead, and her extensive and varied freelance work on Celeste, Parkitect, Graceful Explosion Machine, and the upcoming Super Crush K.O. (among other fine videogamic works).

I do of course also take the chance to talk to Gabby about death in games (and in general), on account of her well and truly knowing her shit in that arena—and I pick her brain about the upscaled visuals in Katamari Damacy REROLL, for that very same reason. 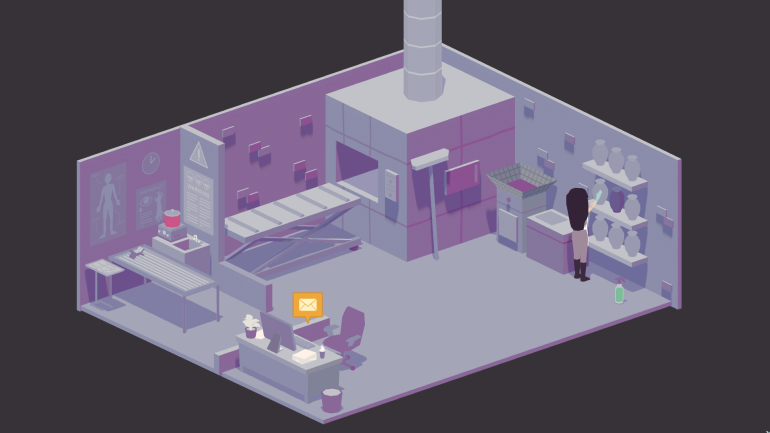 ———
• The Order of the Good Death and Smoke Gets in Your Eyes are very much worth checking out, and this video here is a pretty excellent introduction to Caitlin Doughty’s ideas and work.

• The show is in fact called The Great British Bake Off. And no, we’ve never spoken about it before on this ‘cast, I don’t think.

• Latrice Motherfuckin’ Royale. D:
———
“All The People Say (Season 3)” by Holly Hyperion.
“Rose and Daughters” and “Magnolia Forest” from the Original Soundtrack to A Mortician’s Tale by Halina Heron.