For our hundredth episode, we’re trying something a little different and editing together some of our favorite moments from the past year of the ‘cast. If you’ve been looking to catch up but haven’t had the time to dive into entire longform interviews, then this should provide a good place to start—and even if you’ve already heard these clips and the episodes they come from, this format should highlight some themes that our interviews have shared in common.

This episode features clips from:

98. The Work of War, with Zach Barth
74. Delicious to the (Mad) Max, with David Galindo
85. Access and Challenge, with Greg Haynes
76. That Real Genuine Connection, with Emma Kinema
93. Utopia by Necessity, with Nils Deneken
86. Talking about Way More than Coding, with Moo Yu
82. When It’s Right to Fight, with Shawn Alexander Allen
75. Emotional Survival, with Paula Rogers and Vincent Perea
79. Arvi Is Talk, with Arvi Teikari
92. All Things Liminal and Bespoke, with Damon Reece 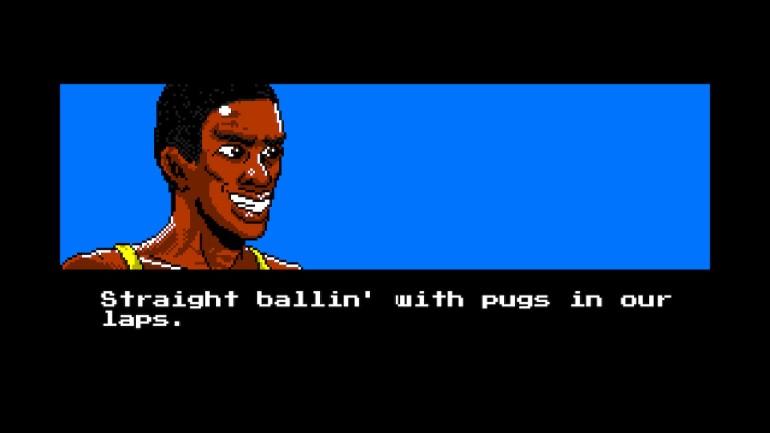 ———
• The header image is from Necrobarista.

• For those unfamiliar with the weapons triangle.

• The “XAC” that Greg refers to is the Xbox Adaptive Controller.

• The Patrick, Duncan, and Robin that Paula refers to are her fellow Chance Agency team members, Patrick Ewing, Duncan Fyfe, and Robin Sloan.
———
“All The People Say (Season 4)” by Drew Messinger-Michaels.
“Killing Time” from the Möbius Front ’83 OST by Matthew Seiji Burns.
“A la Idavay!” from the Cook, Serve, Delicious! 3?! soundtrack by Jonathan Greer.
“Cherry” by Don Redman, performed by Harry James and His Orchestra.
“Union Maid” and “Talking Union” from Talking Union by The Almanac Singers.
“Title Theme” from the Mutazione Original Soundtrack by Alessandro Coronas.
“Theme from Knights and Bikes” from the Knights and Bikes soundtrack by Daniel Pemberton.
“Use Words, Not Fists” from the Treachery in Beatdown City Episode 1 EP by Inverse Phase.
“Stay Human” (feat. Vincent Perea) from the Neo Cab soundtrack by Obfusc.
“Baba Is You” from the Baba Is You OST by Arvi Teikari.
“Optimism” from the Necrobarista Original Soundtrack by Kevin Penkin.
“Tea Time” by George Schwartz, performed by Ray Linn and His Orchestra.