In case you haven’t heard, Anita Sarkeesian of Feminist Frequency decided to Kickstart a web series about female characters in videogames. She wanted to raise $6,000 for the project. She ended up raising $158,917. In the interest of full disclosure, I suppose I should mention that one of those dollars was mine.

Unsurprisingly, some of the best coverage came from Rock, Paper, Shotgun. John Walker noted an emerging theme in the backlash, namely “that men are poorly represented in gaming too.” Walker agreed that indeed, “they are.”

Men in games are often represented as huge, muscled heroes, essentially weapons of war with biceps, gruff and focused and all-powerful. It’s not an accurate representation of men at large, indeed not. Because it’s a power fantasy. It’s aspirational (as much as very many men may have no desires to be anything like that). It’s about being big, and strong, and in control. Oh boo hoo. Yes, it is daft, and cliched, and tiresome. But to compare it to the default representation of women in games—either huge-titted, scantily clad sexual fantasies, or helpless, pathetic and weak—is deeply erroneous.

Walker answered the detractors’ implied question (Why are we even talking about this?) with a simple and sensible demonstration of male privilege. You wouldn’t know it from reading comments sections, but we’re talking about observable reality here, not some far-flung intellectual burg on The Island of Purely Hypothetical Feminist Wheel-Spinning.

If most discussions of gender seem to crash into a brick wall of nonsense, then this is precisely that brick wall. 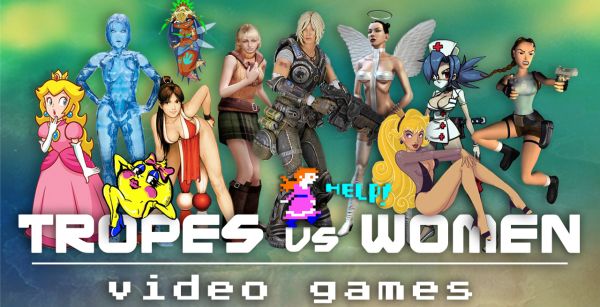 Look. Anyone who is speaking about gender in a non-crazy way is a non-crazy feminist. Feminism is, fundamentally, the act of looking at history, media, language, or anything else, and realizing that all subjects in all disciplines are gendered—and that gender has been rigidly hierarchical throughout human history, predominantly advantaging men while predominantly disadvantaging women. Most importantly, feminism reveals that this dynamic has frequently (though often quite subtly) shifted, and that we can and must continue to shift it.

The central, irrefutable insight of feminist thought is that gender operates through taught assumptions and learned behavior, and is therefore subject to revision and improvement—even though its machinations so often seem, as Simone De Beauvoir said in The Ethics of Ambiguity, “to be immediately given by nature, by gods, by powers against whom revolt has no meaning.”

And fine, she was talking about freedom in a more general sense there, but that’s sort of my point. Our responsibility to address and redress inequality goes beyond gender. It’s bedrock. Feminism is bedrock when dealing with other human beings in the same way that the Magna Carta is bedrock when forming a just, legitimate government.

To dismiss “feminism” as a fringe mode of thought, in other words, is reductive to the point of willful meaninglessness. Unless you think that gender roles really are (or ought to be) immutable, fixed, and unchanging, and that inequality between men and women is acceptable and/or unavoidable, you are a feminist.

That doesn’t mean we all agree, of course—who the hell would want that?—but it does mean that we’re all on the same side, or should be. Feminism is not so much an ideology as an event—an event that is already taking place, and from which there is no turning back, and which demands participation from anyone interested in fully understanding any topic. It’s too late to unsex the subject. We’re all feminists now.