Unproductively hating Macklemore: It’s not just for Kendrick Lamar fans anymore! Last week, we talked about the backlash against Macklemore in the hip-hop community—which meant we also talked about cultural appropriation, race, and the surprisingly slippery issue of who’s more mainstream than whom.

This week, we talk about the backlash against Macklemore in the queer community (and why we consider the topic such shaky ground for two marriedstraightcisfellows such as ourselves). 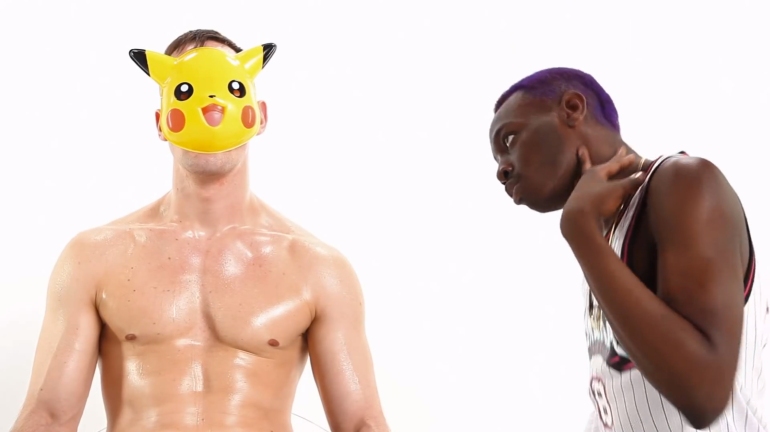 Is “Same Love” a well-meaning misfire at best, and a cynical fame-grab at worst?

Is it unseemly for a straight white cisgender man to be the public face of marriage equality in hip-hop when there are queer rappers doing amazing work outside of the Top 40 limelight?

And speaking of queer rappers, did Macklemore and/or Ryan Lewis brazenly steal a beat from a (really damn good) artist by the name of Le1f (pictured above in the midst of being really damn good)?

(The answers are, respectively: no, yes-but-that’s-not-really-Macklemore’s-fault, and pretty definitely not).

• There’s the L again, and other assorted room noise. Double-d’oh.

• The Ugandan anti-gay bill did pass, but without the death penalty provision. The penalty is now life in prison instead.

• For those who’d like an update on the sorry state of gay rights around the world.

• For those who’ve been lucky enough to have never encountered the vicious lunacy that is the “gay recruitment” myth.

• For those who doubt that an apparently functional adult human could possibly believe in (and act on) the “gay recruitment” myth.

• For those who aren’t familiar with “The Black Page”.

“All The People Say” by Carpe Demon.
“Thrift Shop” by Macklemore and “Wut” by Le1f, as cut by this helpful YouTuber.
“The Purple Lagoon” from Zappa in New York by Frank Zappa.