The whole Question Games team stops by to discuss (and to discuss the discussion surrounding) their debut project, The Magic Circle. Their debut project as a team, that is. It’s not the kind of game that anybody would or could make without some experience in the world of making games, and specifically of making them on an ambitious, possibly-even-impossible scale.

The game tries to balance between vitriol and affection, despair and hope, and to direct a little of each at developers, players, critics, and pretty much everybody else. As we get into the nuts and bolts of all that, beware the spoilers (or don’t; your call).

Having worked on productions as grand and singular as Thief: Deadly Shadows, Dishonored, South Park: The Stick of Truth, all three BioShocks (with Jordan acting as director on the second one), this is a team that knows how games are made, sold, and played—and about all of the things that can and do go wrong at every step of that process, and about why the medium is worth it even so. 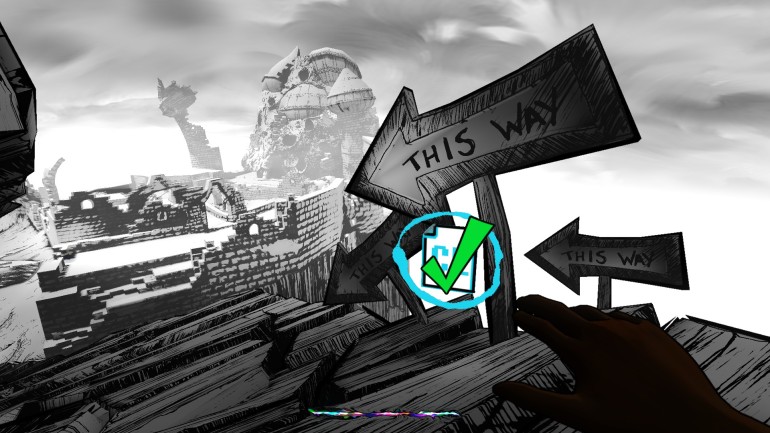 Jordan, Kain, and Stephen talk about their experience at Irrational Games before its dissolution, the complicated legacy of the BioShock series, the “no meetings” efficiency of being a three-person team, the increasing-by-the-day uselessness of the “indie” moniker, and the problem of talking up a game full of surprises without giving too much away on the one hand or going full J.J. Abrams on the other.

That, and the player as “the lead actor who walks onstage without knowing their lines, and you need to still canonize whatever it is they say,” à la Point Break Live!

And no, we did not talk about ludonarrative dissonance. But we did talk about the magic circle as a game design concept. (“You’ve hooked us with your meta dance,” Jordan said to me, thereby making my month).

———
• A capacitor in my machine really did start billowing white smoke. That is apparently a thing that can happen. My rig lives, though.

• I love me some FJORDS, and I’m excited and intrigued by the upcoming, co-op-centric sequel FJOREVER—and also, I am The Idiot Of The Year for not mentioning Hack ‘n’ Slash, since that’s still the most ambitious examples to date of the program-the-game-from-inside-the-game genre.

• That recent research on the relationship between losing at gaming and harrassing women in-game comes from Michael Kasumovic and Jeffrey Kuznekoff and their observations of online multiplayer in Halo 3.

• Have I mentioned that I think “The King and His Objects” is a hugely useful piece of writing? Oh, I have? About a thousand times? Cool.

• Around the same time, Edmund McMillen wrote what he called “a manifesto”.

• And here’s what I referred to as “the notgames manifesto,” the words turning to ash in my mouth as I recalled that it is pretty specifically “not a manifesto”.

• Turning “punk rock into elevator music” is a turn of phrase from this particularly excellent episode of the generally quite excellent Reply All podcast.
——— 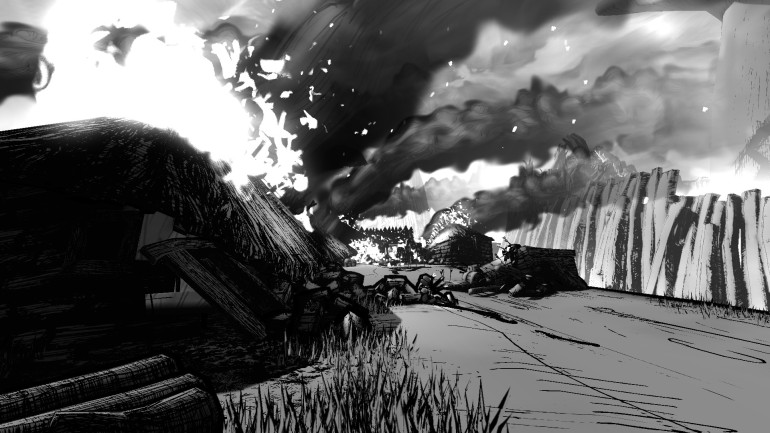 “All The People Say” by Carpe Demon.
“In The Woods Revision 1,” “Buried in the Credits,” and “Groupthink” from the score to The Magic Circle by Steve Pardo, performed by the Videri String Quartet.